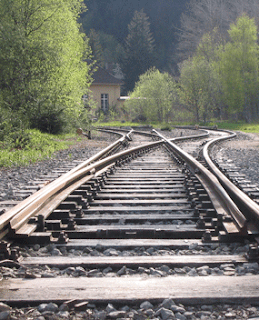 Our particular society and culture places heavy value on personal choice.  Cultural heros for us are those who choose their own path in worlds dominated by moral, religious, cultural, or political beliefs and systems that limit individual choice and individual differences.  Heavy themes in screen and print are of the teen coming of age by rejecting the gray and drab given role of the family and choosing his own way, his own crowd.  Or the citizen bucking the system, the rogue cop putting things right, the individual making independent choices.  These stories of personal choice both reflect and form the way we see the world, ourselves, and our communities.

What makes the news is another form of story that represents our society's priorities.  What is most horrible about a crime, most wonderful about a success story for us is how personal choice is affected.  The holding captive women against their will for years by a controlling man.  The teen mother choosing to rise above and by determination becoming a CEO.

When it comes to the children's choices, good parents will do right by their child by doing their very best to maximize the choices given to the child.  “I had no choice,” the parent might say, “but I want to make sure my child does.”

Whether to have a child or not at all we of course want to be a choice.  “Every child a wanted child” is a slogan of those who value personal choice, as it proclaims the value of choosing to have a child rather than merely accepting the way of nature and the body in conception and childbirth.  The choice of “Family Planning” has such a positive connotation that even those who would have us submit a little more to the ways of nature would use the term “Natural Family Planning” in discussing it.

Several problems are evident with our society’s over-emphasis on personal Choice, an unhealthy extreme in the complexity that is human life and human society.  The first is the inherent contradiction in the message itself.  For the message reflects two myths that are both destructive
generally and mutually exclusive and therefore anxiety producing:  the myth that one’s individual choice is always what is best, and the myth wherein what is best is that the individual find her true self.

The first myth is what we have been talking about thus far: that personal choice must come first before societal benefit, social or religious obligations, or moral questions.  That somehow any other way makes takes away one’s personhood.  Now certainly there are many cases where one’s individuality, creativity, and choices are inappropriately suppressed, and it does limit one dramatically.  The oppressive subjugation of persons by individual, class, religion, sex, etc has
examples as long as history itself.  We are not arguing that this is not a problem of epic proportions.  But the solution proposed is an extreme overreaction that may throw out the person altogether.  For a person is such only in the midst of relationship.  Relationship to other persons, society, nature, God, ideas, and many other things.  By himself alone, what is that man but a shade and a figment and a theory?  “No man is an island.”  To say that one’s choices are not influenced, limited, and subjected in countless ways, and are completely free and from the individual alone is absolutely absurd.  The most that can be achieved from propagating this idea is that one’s individual choice becomes “free” from possibly a particular influence in a particular way.  In fact, that “freedom,” by not acknowledging the myriad of other influences upon our choices, may not be freedom at all.  Especially if the influence so discarded was based on reality, and was beneficial to the individual, the family, the society, or other things that are in relationship to the individual.

The second myth is strangely and constantly mixing with the first myth in our society, but like oil and water they cannot combine.  In this second myth, there is a secret and typically unknown inner core to the individual human, and she is not at rest until she discovers it and then acts on it.  Great pains must sometimes be taken to find this “true self” and then to be “true to one’s self.”  Perhaps she may need to “come out” of the oppressive closet of sexual repression to find her true Lesbian self.  Perhaps she was kept in a dead end monotonous job where her true self was found in writing or dancing.  Or the bearing of children killed off her true self which was to be a world traveler.

Again, the truth is not to be found in denying that there is something wonderful and creative inside of the individual waiting to be discovered and celebrated.  In fact, there are many facets and springs and untapped potentials in what are our wonderfully complex and beautiful selves.  This myth actually can lead to the suppression of the self in its wonderful complexity by limiting it to that one “true” inner thing that should define it.  It is a myth that denies the whole person to honor the part.  Typically, this is once again an attack on the established relationships, an overreaction to what can be limiting and repressive.  So the man leaves his family, does not talk to them for years, so that he can find and give expression to that one area of his life that they found unacceptable, and he invests all of his life there, stunting his growth in relationship and severing ties meant to protect him and nurture him.

The oil and water part of this whole thing is that according to this myth, one cannot choose one’s inner self.  One must discover it.  Once discovered, it must be honored.  So true freedom of choice is gone. One is encouraged to give full reign to this inner light and guide which is seen as the only true divine.   At the same time, the myth of personal choice says that one’s freedom is what must be honored above all else.  So even inner constraints must be overthrown in its
name.  What if one chooses against one’s inner self?  How can one be restricted by this inner light and still be truly free?  Thus the endless stress of the modern, at constant odds with himself in his choices and his being.  In the name of freedom she becomes a slave.  In the name of choice he loses even the ability to think about choices at all.

Perhaps we should question these assumptions, these extremes.  Perhaps we need to look back, find the balancing factors that we have laid aside in our frenzy for individual liberty and freedom of choice.
Posted by Paul Bunge at 6:01 AM

I can think of one perspective on this, and it’s particularly true for your country, the USA. It comes from the system of law and governance you live under. The US Constitution, for all its good points, like limiting the power of government, defining the method of governance etc. fails in one major aspect. Individual liberty and freedom of choice to a large extent were enshrined in the Bill of Rights. These concepts were there to protect citizens to some extent, but many became entitlements. And they are rights and entitlements without a balancing set of responsibilities, which can be so easily abused and manipulated. There is no “Bill of Responsibilities” to balance the Bill of Rights. But surely the two must go hand in hand?

Instead we have ended up with a hotchpotch of laws and their associated evils (lawyers and litigation) that attempts protect the individual from others who don’t keep to their responsibilities, in fact mostly only care about themselves and have almost total disregard for others. The irresponsible.

“go into all the world, proclaim the gospel to everyone” – many pastors spend less that a few percent of their time sharing the Word with the lost. They spend days preparing sermons delivered only to the saved.

“ make disciples of all the nations, baptizing them into the name of the Father and of the Son and of the Holy Spirit: teaching them to observe all things whatsoever I commanded you” – many Churches fail to teach the importance of Baptism, and fail to teach/nurture newly saved Christians through discipleship.

Teach your children the Word of God – how many Christians really leave this up to the Sunday school teacher? Or their Christian school?

“Now that I, your Lord and Teacher, have washed your feet, you also should wash one another’s feet. I have set you an example that you should do as I have done for you. Very truly I tell you, no servant is greater than his master, nor is a messenger greater than the one who sent him.:(John 13:14-16). How many Christian consider this an “observance” like the Lord’s Supper. How many times have I heard “but its not culturally appropriate nowdays”. Neither is marriage or fidelity!

How many Christians have their life priorities set right? God first, then spouse, then family, then their mission, and finally their day job. Marriages fail because of overzealous mission work, wives put their children before their husbands, husbands put their work ahead of their family etc .etc.

Its ALL about responsibilities. When you have your responsibilities prioritized correctly, and you live up to them, you feel that there is no freedom to be lost, and none to be gained. You do what you should, you have what you need, and you are what you are. Obedient.

Exercising personal freedom invariable means that we are messing up our priorities with the Lord. We are servants of only one Master, and if we are truly abiding with Him he is leading us always. Our spiritual freedom is to follow His will. When we are asserting our worldly freedom to do otherwise, we are truly sinning.

-from my friend Jeff