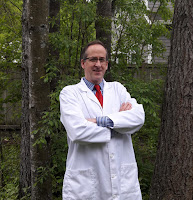 You need to have an appointment or let him know you are logging on this system. This will re-direct you to doxy.me which is a HIPPA-safe and secure video system to see providers virtually.

Posted by Paul Bunge at 3:47 PM No comments:

Now I think I understand Spike Lee a little better. A man who can see things 30 years before others take them seriously is going to be an angry man. Watch “Do the Right Thing,” if you can stomach the profanity. Or at least see the clip that Lee has already noted is so similar to recent events (it's disturbing). You will see the complexity, the horror, the drama, the pain, the anger of today. The difference is, nobody marched for a strangled black man in 1989. The pain and the anger and the confusion of the violence and injustice around him, Lee carried by himself. Or carried it with a whole lot of other black men and women, most of whom did not have the focus or the understanding or the clarity or the charisma to make a movie to contain it. And so he was alone.

Thank you, Spike Lee. You were brave enough to focus that anger and that confusion into something real, disguised as something fictional. You were ahead of your time. But what you did perhaps planted a seed somewhere, so that when George Floyd breathed his last in real life, so much like your character Radio Raheem, people knew it was time to say something. Time to throw something. And so you woke the sleepers, made the blind see. Not enough to see clearly perhaps, to know the way forward. But enough to know there is light and a road.