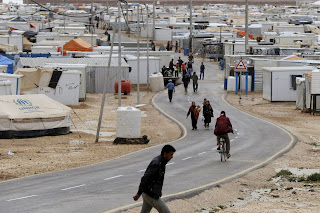 A 30 y/o woman presented to a rural clinic for prenatal follow up: G2P1 at 25 weeks. As I used the ultrasound to check dates, look for anomalies, and measure amnionic fluid, I thought of the patient’s lack of sufficient identification in this country to allow her access to complex OB care. Instead, a volunteer internist was doing her ultrasound. The baby appeared healthy, but I later noted that she had not gained weight for several visits and that she was on prednisone. She had started having joint pains when she first got pregnant, was diagnosed with rheumatoid arthritis, started on steroids, and the labs that she could afford were sent off.
Through translators, the patient reported oral ulcers that were now healed, but no rash. Exam confirmed persistent pain and limited range of motion in the elbows, knees, wrists, MCP and PIP joints. Anemia down to a hemoglobin of 5 had improved to 8.5 with iron and steroids, but the WBC was still low at 2.7. She had negative rheumatoid factor, positive ANA and dsDNA, and negative anti-Smith. The creatinine was normal and urine protein was 3+. She met criteria for lupus.
I explained to the patient how a lupus diagnosis put her and her baby at risk, and the medications had risks as well. I increased the prednisone and asked her to come back in a week, hoping I could get some advice via email as to what to do. Thankfully, rheumatology friends overseas emailed back. We then developed a plan including medications that we could obtain and that were considered relatively safe during pregnancy, hoping to reduce the steroids at some point.
Three weeks after I first saw her, the patient had gained some weight and her joints were nearly normal, though she still had proteinuria. I outlined an ongoing plan for the staff as I left and prayed for her and the baby.
One wonders when helping people who are outside the “system” and its resources for whatever reason, at home or abroad: am I doing the right thing? Am I practicing beyond my scope if no one else will see them? How can I get better at doing this when medical progress seems to require more and more sub-specialization? And how can I protect these people’s privacy and security and still advocate for improved access to care?