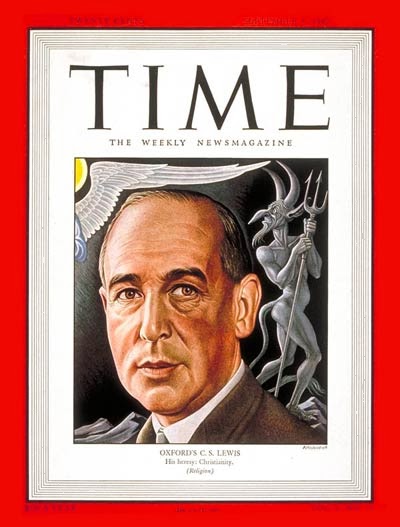 Not many years ago when I was an atheist, if anyone had asked me, ‘Why do you not believe in God?’ my reply would have run something like this:  ‘Look at the universe we live in.  By far the greatest part of it consists of empty space, completely dark and unimaginably cold...Earth herself existed without life for millions of years and may exist for millions more when life has left her.  And what is it like while it lasts?  It is so arranged that all the forms of it can live only by preying upon one another.  In the lower forms this process entails only death, but in the higher there appears a new quality called consciousness which enables it to be attended with pain...In the most complex of all creatures, Man, yet another quality appears, which we call reason, whereby he is enabled to foresee his own pain which henceforth is preceded with acute mental suffering, and to foresee his own death while keenly desiring permanence.  It also enables men by a hundred ingenious contrivances to inflict a great deal more pain than they otherwise could have done...Every race that comes into being in any part of the universe is doomed; for the universe, they tell us, is running down...All stories will come to nothing: all life will turn out in the end to have been a transitory and senseless contortion upon the idiotic face of infinite matter.  If you ask me to believe that this is the work of a benevolent and omnipotent spirit, I reply that all the evidence points in the opposite direction.  Either there is no spirit behind the universe, or else a spirit indifferent to good and evil, or else an evil spirit.’

There was one question which I never dreamed of raising.  I never noticed that the very strength and facility of the pessimists’ case at once poses us a problem.  If the universe is so bad, or even half so bad, how on earth did human beings ever come to attribute it to the activity of a wise and good Creator?  Men are fools, perhaps; but hardly so foolish as that.  The direct inference from black to white, from evil flower to virtuous root, from senseless work to a workman infinitely wise, staggers belief.  The spectacle of the universe as revealed by experience can never have been the ground of religion: it must always have been something in spite of which religion, acquired from a different source, was held.

CS Lewis, The Problem of Pain
Posted by Paul Bunge at 10:50 PM

What an excellent writer eh?