The Bible is Full of Contradictions 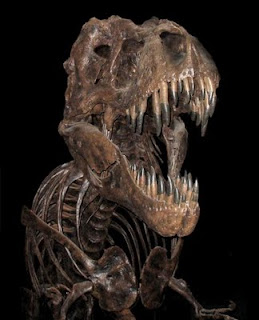 Like any good book, like any honest person. Most of the most glaring contradictions I find not between some old book from Moses and another from Paul. But within a few verses of one another. Here is one example:

When it comes to food and provisions, Solomon says that it is the Lord that prevents the righteous from going hungry. Yet in the very next verse it says that “lazy hands make a man poor, but diligent hands bring wealth.” So, in other words, it is the hard-working nature of a person that makes them to be able to eat. Yet again, in the very following verse it says that the one who gathers crops in the summer is wise, but the one who sleeps through the harvest is disgraceful.

So what is it? What is the thing that brings provision? That brings wealth? What is it that brings poverty? That causes hunger? These are extremely important questions. Solomon first says that it is the Lord who provides. Suggesting we need to trust the Lord and He will give us all of our provisions.

But the next verse says lazy hands make a man poor. Cause and effect, this is one of the main pillars of scientific thought. In this case: Work, and you will get things. Sit around, and you will wind up poor.

And the next verse adds another twist: the relationship of the child with the parent is what is relevant here, not cause and effect, not God providing. But very simply honor versus disgrace to the family.

How is it that three of these competing interpretations of reality can all coexist? How can reality have cause-and-effect science, a family-centered hierarchy of honor and disgrace, and God’s provision the key to trust, all at once?

The answer is: all are true. Not true in the sense of separate components of a whole, but really three whole explanations that are completely true in themselves, but non-negating of the other truths. That is to say: cause and effect is completely true. There is not some cause-and-effect in observed phenomenon, and that which cannot be explained by cause and effect is attributed to God or to the human spirit, or something of that sort. No, if you observe phenomena, you will find cause and effect going on. If you look for the missing causes, the missing effects, you will find them. That is the structure of the universe.

And you have God. God acting in the world: constantly, consciously, purposefully, lovingly. Not a God of the missing pieces, the parts we have not explained yet. Not a God of the origins only, the clockmaker uninvolved. But God, knowing, relating, intervening.

My friend, if you are looking for God by searching for a missing piece, you will not find Him. For from the beginning you are looking for a smaller being that that which He is. If you look for a whale in a microscope, you will not see it, though the microscope is pointing in the right direction. God is not there filling in the gaps of science, holding things together until a new discovery can be made to explain Him away. If that is your concept of God, whether you believe in Him or not, it is in error. This is why the evolutionist battles the creationist over the fossil record: The evolutionists shows that the “missing link” has been found thus disproving the creationist’s theory. The creationist looks for another “missing link” to show the evolutionist that his theory is wrong and he must believe in God. Both are discussing fantasies, for God the creator is so glorious that He has made the world at once smooth without ruffles, and at the same time with an endless thoroughly saturated layer of His own fingerprints. If those fighting would pause long enough, they would behold together the glory of the dinosaur pointing to the glory of God, and would revel in both.
Posted by Paul Bunge at 9:11 PM