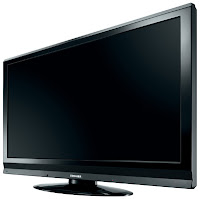 "Through technology the whole world has now become the media's parish, talk-show hosts the prophets, actors and musicians the priests, and any script will do for the Scriptures as long as moral constraints are removed. Sitting before a well-lit box is all the cultic performance needs, and each person can enthrone his or her own self as divine. Truth has been relegated to subjectivity; beauty has been subjegated to the beholder; and as millions are idiotized night after night, a global commune has been constructed with the arts enjoying a totalitarian rule."
-Ravi Zacharias

I guess I am not so negative as all of that. But certainly we have substituted something for what was formerly energy "devoted" to "devotion." Growing up I recall being "hushed" in church out of respect for God. Now we have noise after noise, though interestingly no kid noises in church, which were always there before despite all the "hush"ing. Our churches are trying to reach us, over-stimulated i-pod wearing moderns.
Posted by Paul Bunge at 9:42 PM