A House with Windows 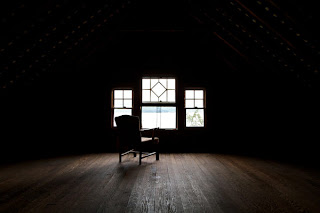 An allegory regarding the finding of both spiritual and scientific realities.
By Paul Bunge

There is a house.  It is the house into which we are all born.  One of the first things we realize, growing up in this house, is the amazing view out of the large windows.  Beautiful and engaging views of the world outside wait for us whenever we venture up to one of these windows for a look.  The yard, the streets, the other houses, all are so interesting, each in its own way.  Animals, plants, sky, activity, other people; the full and rich stuff of the world.  One really could not ask for a better view than from our house.

For some of us, myself for one, we are introduced early on to something very important and very special.  We are told and then shown that there is another place in the house from which we can see outside.  It is called the attic.  We are shown the steps up to the attic and then we are taken up there, for our little legs are too small to make the trip on our own.  For several visits, it is difficult to see out of the windows there at all.  They are too high up for us to peer out of.  Sometimes there is a fog.  Not being able to see gets frustrating for someone so young, not having the patience needed.  But then, one day, we can and do see out.  Oh what a wonder!  What a joy.  What we thought was only yards and roads, is actually a whole town, with miles of buildings, people, cars, and activity.  Off in the distance we spy sky scrapers.  And look over there, there are not only trees, but a forest!  With animals of all kinds!  How we love to come to the attic now!  Hours we could spend up there, gazing out at the new wonders.  In fact, sometimes our parents must bring us back down, or we would miss dinner.   “Don’t forget the real world” some might say.  But as a child of course we know: one window is no less real than the other.  And we are confused that those who would show us the attic would be so quick to discount what we see from up there.

Older we get.  And one day we learn there is yet another part of the house that we did not know of before.  Or perhaps we heard it mentioned quietly, or perhaps disparagingly from those who warned us never to go down there.   An odd door that seems rather new, not matching the age and pattern of the rest of the house. It was locked up tight for some of us.  For my family, this door was never locked, though the latch was high up and I could not reach it.  My parents themselves brought me down to the basement.  And I saw nothing really.  It seemed dark to me.  If there were windows, they were much too high for me to make anything of.  But I appreciated that they had brought me down, not kept it a mystery for me.  Though it was dark, it was not nearly as frightening, knowing what was behind that odd door, if not what was out the window.

Later, we are old enough to go anywhere in the house at any time.  Various friends and others encourage us to spend time in the attic, or the basement.  Or just to stay on the ground floor.

Often it is teachers from school who encourage us to go back to the basement.  To stay there long enough to let our eyes adjust to the darkness.  To bring a chair, and strain to see out of the slit-like windows that basements often have, near the ceiling, with no way to open them for air.  We inch up to get a better view.  Then at last we see.  Through the glass another new and strange world appears.  A world of crawling insects making tunnels that we see along the glass.  Of roots of the grass and other plants, snaking through the soil sucking up water and nutrients from this crumbly black and brown material called dirt.  And we see, that all of the wonders that we knew from childhood, are really made up of this kind of smallish bits of things, much rougher and darker than we thought.  Another wonderful and amazing reality! 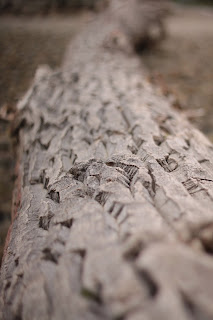 We have friends who would advise staying in the basement as much as possible.  Here is the real, they argue, the dark and rough truth of the world.  But again, this seems odd.  Of course it is real, looking out on the world.  Just as real as looking out all of the other windows in the house.  It is not the house that makes the real, it is not the glass that causes truth.  The truth comes in and we see it.  That it comes in different ways at different windows is wonderful but not surprising.

Some of us start to spend more time in the basement.  We train in it, make it our way of life.  We find teachers, and they find us.  Those who would help us, to better navigate these dark passageways.  Help to manage the dirt and the damp.  We appreciate them, love them for the wonders they show us.  And the livelihood we find in researching and conveying the truths that we discover bring us comfort and status.  Even help us to improve the other parts of the house, and our view out of their windows.

As we grow, we find more and more people in the house.  Our family enlarges in some way, to include so many.  And some are not doing well at all.  It seems to be that they are limited, stuck even.  Some spend perhaps too much time in the attic.  They refuse to go to the basement at all, and often try to lock the door to prevent others from going down there.  Even looking out the window of the main floor seems to make them nervous.  They can only speak of what they see from up the “glorious steps.”  And sometimes it seems that what matters more to them is the door, the steps, their chair in the attic, rather than actually looking out at the window.  We wonder that if they would leave these things aside and resume their looking, their discovering, that their lives would be much more glorious, and they wouldn’t require a special name for the steps and the chair.

But there are others who love the attic for what they see.  They don’t go up just for the fancy chair or the title.  And they share what they find with others, such that they inspire many to run up the stairs and look for themselves.  They bring a freshness and a life to the whole house.

Some of those who spend most of their time in the basement seem rather pale and unhealthy looking.  As if they just hadn’t gotten enough sunlight, or perhaps had forgotten to eat.  Some are perpetually sarcastic, despising and ridiculing anything that is not discovered or explained by those in the basement.  When someone describes a deer bounding by with its young, they refuse to look.  Scoffing, they say: “and tomorrow it shall be a rotting corpse,” and move on to describe maggots they have seen and categorized from dead mice analysis, all from the basement window.  It starts to bother us sometimes, especially as we know these people, and love them as those who have shown us the mysteries of the basement.  And we are sad.

We are not sure when it was that the war itself started.  Could it be that at one time they were not at odds, and now they were?  Or perhaps they always were and we had not seen it.  Perhaps they were simply new to the house or to each other and found themselves incompatible now only because it was their first interaction.  In any case, what strange lines were drawn and what strange behaviors were occurring in the house.  And what names these warring factions now took.  The pale basement people called themselves “scientists.” The attic people rallied behind the name “believers.”

As the believers tell it, it was the scientists who struck first and locked the door to the attic, by trickery and lies.  The scientists deny this completely but accuse the believers of locking up their favorite door, spreading rumors about their methods, and even spray-painting the windows so that for a time no one could look out.  And the situation only becomes worse: repeated locking of doors and then the breaking of locks.  Noise and confusion everywhere.  New discoveries bringing ridiculed, shame instead of joy and fellowship.

Children have it the worst.  Though everyone agrees that they should not be exposed to the violent arguments, the scientists stop allowing their children access to the attic.  And the believers take the same approach, with severe restrictions to the basement for their children.

Are we the odd ones, those of us who see this war as ridiculous and harmful?  Those who want to get rid of the locks and encourage all to enjoy the full range of our house’s windows?  Those who find it narrow-minded to never leave the basement, and disconnected to stay exclusively in the attic?  Those believers who love science, those scientists who seek spiritual truths?  And what of that great majority of people who comfortably spend most of their time on the main floor, and should not be hindered on their journeys either up or down?  How does all of this bickering help them?

Love it! Especially the paragraph that begins "We have friends who would advise...".
Very well written, I don't think I would change anything about this story at all.
Do you think each individual is at war with themselves regarding where to spend their time? For myself, time seems to pass by quickly while I stagnantly lounge on the main floor. But then there are times when I get stuck in the basement with sarcastic cynics too. I wish I could spend more time upstairs, a larger view gives one clarity, hope and appreciation for their surroundings.
Anyway-great story. Keep on writing!

Your question is very good. It makes me think of the story in another way as well: the internal conflicts that occur quite apart from others telling us that no, the attic is silly, or no, the basement is dark. We tell ourselves these things as well. And I think I would stick to the point of the story, at least for myself, and see all the windows as useful and wonderful. So I would be careful about beating myself up for looking out the main story windows, for really most of our time is there, and that is normal. But seek always to spend some time regularly in the other places, especially in the attic as you say. Meditation and prayer even for a short time is so helpful in this regard regularly. Also I find exercise calms me especially when I am frustrated with myself for spinning my wheels and getting nowhere. It really helps to clear my head and calm my anxieties.