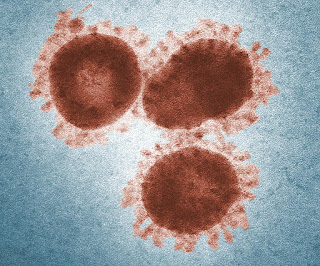 1.     A new virus hit the human race starting at the end of 2019. This is not surprising, as many viruses have jumped and recombine across species.

2.     As far as how deadly it is, this virus appears to be somewhere between influenza and SARS. The death rate of those infected appears much lower than SARS’ 10%, but higher than the typical yearly influenza which kills about 0.1% of those infected.[i] The 1918 outbreak likely killed around 20% of its victims.

3.     Starting with China, the countries of the world have taken very aggressive public health measures to try to slow and stop the spread of the virus. This hard work and sacrifice especially on the part of the Chinese (government, people, healthcare workers) has paid off as the rate of spread has been decreasing since the end of January.

4.     Despite these efforts, and their results, the virus has spread to some degree to several countries. These are still small numbers. It is too early to tell if they will be able to contain the virus, especially in some countries with less capable medical and public health systems.
[i] https://en.wikipedia.org/wiki/Influenza