Lock Them Up - China's Tit for Tat 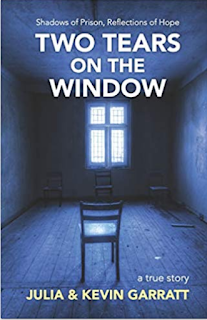 Julia and Kevin Garrett are Canadians who were imprisoned in China under false charges in 2014.  Kevin spent more than 2 years in jail. Their well-written story is a window into China's oppressive and imbalanced justice system that cries out for reform. At the same time, it shows a complete disregard for justice at all on the part of Chinese leadership.  This book is best read along with the  wired article showing how the Garratt's story is a result of Canada trying to help the US curb Chinese pilfering of military secrets. In summary, Canada locked up a businessman for extradition after the US found him stealing military airplane plans and feeding them to the Chinese military. To punish Canada and pressure them to release the businessman, they charged the Garratts, who ran a coffee shop in China, with spying for Canada. This stuff is definitely movie material!

Find their book on Amazon

Read the wired article at https://www.wired.com/story/us-china-cybertheft-su-bin/
Posted by Paul Bunge at 10:04 PM